On the 11 of July 2017, Year 5 went on a trip to Pudsey Civic Hall for an amazing samba drumming workshop. There were 5 schools with just below 150 children who participated. We had two workshops with Dan, who was our samba instructor. He taught us two pieces of music. The first piece was called the “hip hop groove”, which was our solo piece, as well as “the power of the music” which we played with four other schools. It was super loud and hurt our ears! However, we really enjoyed trying out all the instruments and learning different grooves. Year 5 had an amazing time using the instruments and wore exhilarated smiles the whole way home. “ It took a lot of hard work and me and the class were very lively and excited!” said Omar afterwards. “We practiced for 2 months until this day finally came. We never gave up our progress and kept going no matter what happened!” agreed Amr. A huge well done to all of Year 5 who performed with confidence and made the accompanying staff feel very proud!

Congratulation to the winning catapult team who took their catapult to Ralph Thoresby High school for an interschool competition. Building on their success, they went on to win the final!

Day three at the Lake District

Day two at the Lake District

Day one at the Lake District

A visit to the new sports facility at Bodington Moor

A group of year 5 pupils on the bridge over the new Brownlee Brother's cycle track at Bodington Moor. The bridge is not really 'new' as it was previously at the London Olympics and has been 'reused'! Year 5 were the first children to walk on the bridge.

How to help your child with spellings

Many thanks to the ten year 5 volunteers who took a trip to the BPP University Law School on Thursday 26th January to take part in the mock trial of Goldilocks.

As part of our Space topic Year 5 designed and built rockets. See the video of them being tested below. 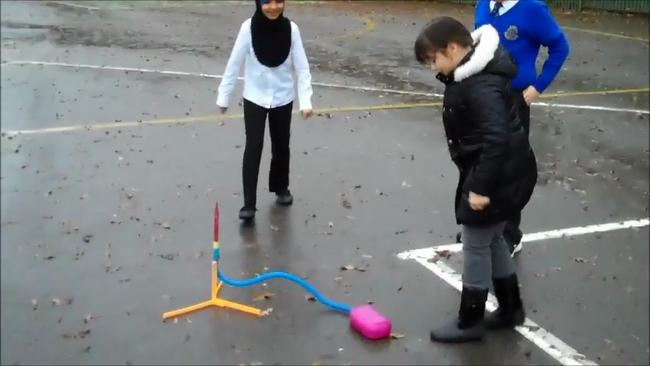 As part of their Ancient Egypt topic the children in Year 5 have learnt about mummification. They had the chance to practise the ancient ritual themselves - but they used tomatoes rather than bodies!

Look at some of our work on instructions

This half term our topic is Earth & Space!

Year 5 have PE on Tuesdays and Fridays

*Sometimes there will be topic homework that is to be completed over a number of weeks.